Volunteer Voices - A tailor made role for Patrick. 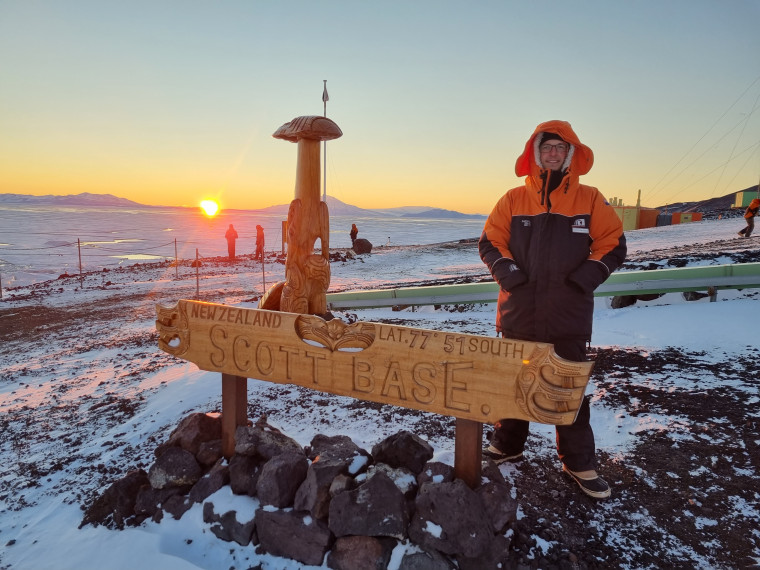 It’s as if the job description for Scout Leader was written for him. Patrick Rietveld is a chef, pyrotechnician, gold miner and builder of water wheels. Throw in a stint in Antarctica and his Scout group must be one of the luckiest in the country.

Scouting is in Patrick’s blood. Growing up in Dunedin with three brothers and a sister who were all involved in Scouts he started as a Kea at five, carried on to become a Scout and later a Venturer. ”I love that I can remember what I loved doing as a Scout and super charge that with my group.” A knot tying session leads to making slingshots for a human size game of Angry Birds. Fire making sessions become a lesson in pyrotechnics.

A trained chef, Patrick worked in restaurants in Omarama and Twizel before coming to work at a local Wānaka restaurant five years ago. “We rented a holiday house in Hāwea so the area is my second home. I feel sort of nostalgic about this place.”

Settling here also got him thinking about giving back and Scouts were the obvious choice. He made a conscious decision to make time for his volunteer role. ”Scouts have given me so much and I wanted to share this with others. Besides the fun and adventures it’s such a sound framework for life.”

A nine month trip to Antarctica will realise a dream he has held since an 18 year old. The selection process was rigorous. ”I’m technically going as a chef but in reality you have to do lots of other things as well. With only 16 of us over winter we will need to be able to turn our hand to anything.”

A trained pyrotechnician, Patrick has been a key player in bringing some of the large fireworks displays to the Central Lakes District. ”Fireworks have fascinated me from a young age, not just their visual magic but also why and how they work.” Patrick has attended the International Fireworks Competition in Germany and did a 4 week “”fireworks pilgrimage” around Japan.

Gold panning is his happy place. “I love the thrill of it and it’s an opportunity to escape the intensity of the kitchen and get back to myself. There’s also the history. I might be mining for fun, in a place where someone else had to do it for a living.” His aim from the start was to find enough gold for a wedding ring. He’s well and truly exceeded this target.

And the water wheels? “Änother example of my mind not being able to sit still. I’d built one for Dad as a young fella and during Covid decided to explore the market. I do the wood grain ones and it’s going really well.”

Patrick is on a continuous journey of upskilling himself and in turn loves to help others reach their potential. Being a Scout Leader gives him the opportunity to share his experiences with young people and show them they can do things they never dreamed possible. He loves working with his compatriot, long time Scout Leader Huw Phillips and planning ways to make things interesting. “All Leaders bring their own set of skills, but it’s not about us it's about the kids.”

The reactions of the kids are what tell him he’s making a difference. “They can go from being distracted to super pumped and really wanting to come back. I also see them developing a mindset of planning and thinking for themselves.” Positive feedback from parents is a bonus.

Does he recommend volunteering? “Why would you not? You can have a lot of fun, make incredible long lasting connections and learn a lot about yourself. I’ve learnt that sometimes I just have to shut up and let them work it out for themselves.”

Wānaka Cubs and Scouts meet once a week at the Scout Hall at Eely Point Road, Wānaka.

Their mission is to contribute to the education of young people through a strong value system expressed while enjoying enriching life experiences and adventures. If you would like to know more about volutneering with your local Scout group let us know and we'll put you in touch.

Written by Juliette Hicks for Volunteer South and Wānaka Scout Group to raise awareness of the role and inspire more people to volunteer.