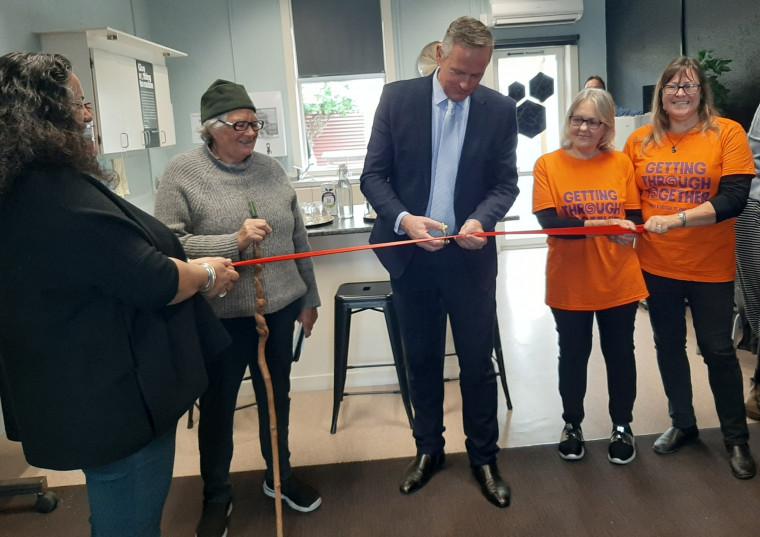 It was third time lucky for Volunteer South - Waitaki, with the third reschedule of its grand opening in Oamaru, but third times the charm! Volunteer South has been operating out of the Business Hive in Oamaru since early August, with the arrival of our Senior Coordinator, Julia Rata-Te Raki, who has been busy making the community connections in the Waitaki district.

We were pleased to have mayor, Gary Kirchner, open the new volunteer centre for us and cutting the ribbon, as well as a karakia and support from the Moeraki runanga as a part of the celebrations. The well attended event was the first of many events in the area, all designed to support and collaborate with the community.

Want to learn more about what we're doing in the Waitaki district? Get in touch with Julia at waitaki@volunteersouth.org.nz